How to Cook Bacon Naked

It’s among the most tired (and tiresome) cliches about nudism. Non-nudists apparently think it’s hilarious - it's often the first thing they say in response to learning someone enjoys being nude. Actual nudists mostly think it’s obvious. But it does raise an interesting question: if you’re a nudist, do you cook nude?

I do. I was a cook long before I was a nudist. I worked as a line cook in my father’s restaurant for four years in university. After it closed, I continued working in kitchens until I found my first job.

At home, though, why not cook nude?

Well, there are some of the reasons you may want to cover up in the kitchen.

First, grease spatter is a real danger. Your belly and thighs are more sensitive to heat than your arms and hands. Even the tops of your bare feet might feel more pain than you expect if a flying gob of heat happens to land on them.

Boiling pots and hot ovens can also give off more heat than you expect. It's most likely you'll feel that heat on your face more than your body, and no one worries about covering their face when cooking. But you do want to take care that an errant blast of steam doesn't burn your exposed skin.

But it's Not That Bad

Cooking often requires extreme temperatures, whirling blades. The more experienced you are in the kitchen, the more gadgets and tools - many with sharp parts - you'll accumulate.

But think about how often you catch your shirt or pants on something sharp when you're cooking with clothes on. It's pretty rare, isn't it? Just because your skin is exposed, you're not in a great deal of additional danger.

Cooking nude does have a major advantage: you can't stain your body. A splash of olive oil or a mishandled blackberry might ruin a light-colored top, but if you're naked it wipes up without any problem at all.

If you really are worried about something going awry, though, an apron is always a valid choice. As in any other situation, if a covering is warranted, then by all means wear it. This isn’t a contest to be as nude as possible. It’s more important that you’re comfortable - and safe.

One of my favourite things to cook is hand-made pasta. I love spending an hour or two making an army of orecchiette at my kitchen table. Other time-consuming kitchen tasks, like chopping vegetables and portioning raw meat, put me into an almost zen-like state as I do them.

This is the bulk of the work you'll do in the kitchen, and there is no risk and no danger in doing them naked. In fact, I find that the extra freedom - my body's freedom to move, and my unbound mental state as well - makes the cooking experience that much more enjoyable.

When Jamie Oliver started his naked chef cooking show some years ago, he used to stress that it was the food that was naked. Plain, simple, honest cooking was what he was all about, and audiences definitely responded to his approach.

But my feeling is, if the food benefits from this stripped-down approach, won't the cook benefit from the same bare approach? I know that my feeling of satisfaction and peace from cooking and eating good food nude is always greater than it is when clothed.

The Gluten That Holds Us All Together

As our world continues to modernize, digitize, and mechanize, nude food has more benefits than ever.

Many are concerned with the modern food system, especially in North America. Highly processed foods make up more and more of the general public’s diet. As consumers - both in the economic sense and as eaters - we are moving further and further away from the reality of food. Where and how it’s grown, harvested,

and delivered to us has become completely divorced from our cooking and eating.

For me, cooking nude is a way to re-establish that very human connection with the food I eat. Just as I feel more connected and present in nature when I’m nude, I feel like cooking nude helps me connect to what I’m doing and why I’m doing it.

(...Oh, and one more thing. Cook your bacon in the oven. Lay the strips of bacon in a single layer on a baking sheet, preferably on a piece of baking parchment, and cook it at 350 degrees for about 20 minutes - a few minutes more or less depending how crispy you like it. Perfectly nude-safe!)

Do you cook? What kinds of foods do you like to cook the most? Have you ever tried cooking nude? Let me know in the comments!

Great article. I cook in the nude and yes spatters happen. But at the end of the article you suggested cooking bacon in the oven. Excellant advise and that is the way I cook it most of the time.

I cook bacon in the oven whether I'm nude or not! Yes, spatters happen - and they can get you when you're clothed too. I don't know why non-nudists think that if you're nude they're suddenly so scary. I guess they've never tried cooking nude, and they should!

How to Cook Bacon Naked | EcoNudes 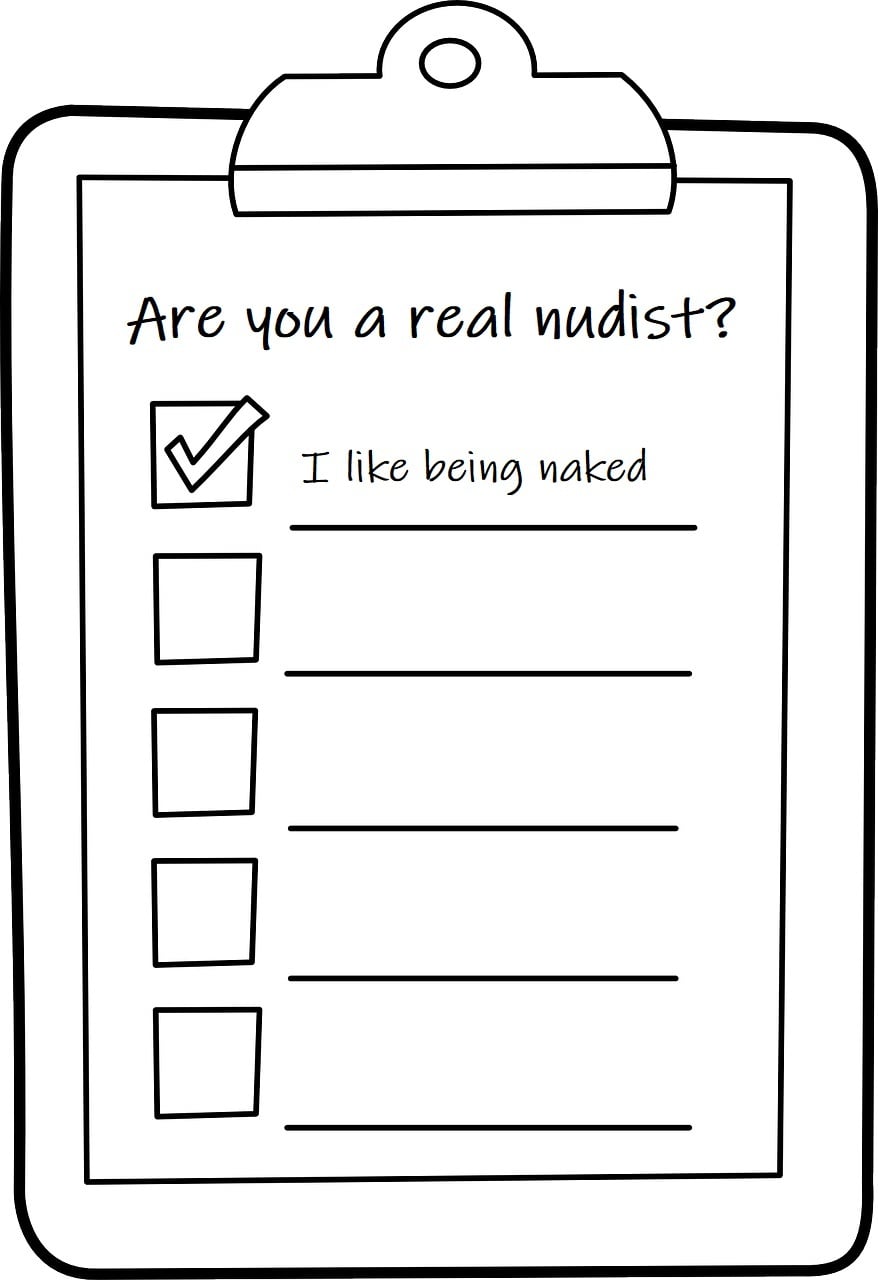 Are You Really a Nudist?