A recent article in Australia’s Central News covered a very private nudist location. Reporter Chloe Arentz was taken to the secret location and spent a day interacting with the few nudists in attendance there. It’s a great example of how not to cover nudism, as a reporter. Even though it’s a serious, intelligent and well-written piece, it has some significant failures as a piece of journalism.

The article’s title, “The Naked Truth About Nudism”, starts things off poorly, with an incredibly tired play on words. (Does any writer use the phrase “naked truth” in any other context any more?) The author starts by describing her amazement upon meeting… a nude man. The sequence of being greeted by a man wearing “a hat, a smile - and nothing else” is treated at surprising length. It does not seem to be Arentz’s first time witnessing male nudity, but it might as well be, with the shock she expresses at the sight.

Arentz does proceed to discuss nudism, and its history in Europe and Australia. She includes the perspective of a couple who are members of the nudist club that she - for reasons never stated - has decided to visit. She does provide a very balanced and positive view of naturism, and gives full attention to why people might find nudism appealing. But her own hangups about nudity remain firmly in place, and they soon become, apparently unintentionally, the dominant theme of the article.

Nudists being nude in a nudist club are “othered” throughout. The two people who led her to the club (the location is not published - though the reason for this secrecy is not discussed or even considered, apparently) remove their clothes when they arrive at the club; this is considered remarkable (“this time they’re both naked”). They encounter a woman who, like the author, is clothed, and Arentz describes the interaction:

Stephen introduces us but she merely gives me a cool once-over and a wry smile before wandering off. She doesn’t change, so one can assume she’s unsettled by my presence – there is a stranger in her territory and one that is significantly over-dressed.

The nude people she encounters are treated like freaks in a sideshow (she “cannot unsee” them, she comments); the people who do not undress seem to her unreasonably unfriendly.

Well - what does Arentz expect? She is the outsider, and she is refusing to make any concessions to the people who are at the club. Why would the members go out of their way to be friendly? (And how much of this is Arentz misreading their reactions because of her own fears and misgivings?)

What's more, she never states why she took the assignment, and it's not clear that she introduced herself as a reporter. The point of the article is at best unclear. It comes off as an attempt at sensationalism - "Look at these people, nude together! Shocking!"

Her greatest fear, apparently, is that she will be asked to join the nudists at the nudist club in being nude. It’s not clear why she chose to cover this particular story, if this was such a problem for her. It isn’t unreasonable to expect her to experience it a bit of social nudity in this safe, consensual, established environment, with people who have already met her clothed. Arentz admits as much herself:

As a journalist, you want to blend in and immerse yourself in whatever is happening. But today, I choose to remain a “textile” (non-nudist) and neither Stephen or Kathy request I change into uniform, for which I am grateful. While nudism holds no expectations about the shape and size of the human body, the unease of being an outsider is still more appealing than going au-naturel.

This post is not about shaming Arentz, though; I think the article deserves fair criticism, but I’m not calling her out for it. She does present nudism in an objectively positive light, too; it’s only on the subjective level that her own fears and hangups overpower her journalistic standards.

So what’s wrong with covering nudists in your clothes?

Well, would journalists cover a tennis player without ever having watched a match, or hefted a racket themselves? Would they write about a chef without ever tasting her cooking? Would they review a book written in a language they were not themselves fluent in? Of course not. It would serve their audience poorly, and they would be writing without the level of understanding that their readership rightly expects.

If the author is not able - for some legitimate reason - to participate in social nudity, other, more creative approaches could be used. A nudist could be brought on as a co-author, to ensure that a nude perspective is included. The author could also try being nude in a safer environment, such as a spa (where mixed genders are not present).

It’s not as though nudism is inaccessible; we can all be nude when we choose to be, with a little privacy. (Most people are nude a couple of times a day, when changing clothes or bathing.) If a writer wanted to cover nudism, he or she could easily spend a day or even just a couple of hours nude in their home, just to see what it was like. It would provide valuable perspective in reporting the difference between “regular” nudity and nudism, too.

Let me add this: I do not like the idea of demanding that other people take their clothes off, especially women. The power imbalance between the genders makes this very uncomfortable to me; the consent of the person who is getting nude is paramount. But it’s also important that reporters voluntarily cover nudism (just as they should voluntarily cover stories dealing with sexuality, violence, or other topics our society deems sensitive). If nudity is too big a hangup for you, that’s okay. No one is forcing you to cover it, are they?

But it’s not just the quality of the journalism that I take issue with. More important - and disappointing - is the way this kind of journalism exploits nudists.

We know that nudity, especially in public, attracts public attention. It’s compelling; violations of society’s taboos always attracts attention. There’s a certain appeal to prurient interests, of course, but also a sort of “can you imagine!” dynamic that seems to gain an audience’s focus like nothing else.

I don’t object to someone using that dynamic to find a way to tell a compelling story. But there are people involved here, and they’re just living the lives they want to live. It may be unconventional or uncommon to take this attitude towards clothing and nudity, but they’re not doing it for the amusement of journalists, or anyone else.

That’s why it’s exploitative to cover nudists this way. You’re taking for granted the attitudes our society has towards nudity - that it’s wrong, it’s strange, and perhaps most importantly, that it’s a commodity to be consumed by the viewer. To pretend you’re taking the objective stance of a journalist while also putting nudists on display, as it were, is a dishonest way to use them.

This idea of staying clothed at a nudist resort inevitably makes the piece about the journalist, not the subject. The writer’s hangups and fears become the story, with nudists and their “very bare behinds” just window dressing. That’s markedly unfair to the subject matter, and unworthy of serious reporting.

Any nudist club would probably appreciate the attention of a news article or two, especially if it encourages some new visitors and even members. They are, after all, just businesses in the end. But I would recommend that nudists and nudist venues to set some ground rules before agreeing to be a reporter’s subject:

If media outlets would consent to these rules, they would not only serve their subjects and readers better. They would improve the quality of their journalism greatly.

And of course, I’m open to interview requests.

What do you think of these rules and standards? Is there anything else you’d require from a journalist, or am I going too far with these expectations? Let me know what you think in the comments - and whether you think I was fair in assessing the article, too!

Mr. McDermott makes many valid points here. Nudists have been the object of snickers and leers through most of my life. It's time to act like a "grown-up" for a refreshing change. Also, in my experience, reporters who share in the nude experience when they do research have been surprisingly positive.

Reporters who are on site to do a "story" on a nudist venue should be asked to disrobe before being allowed to "report" on the venue. And then they should stay a few days as well, eating, drinking, and enjoying active participation in at least some of the activities at the resort, be it hiking, net sports, water sports, horseshoes, or karaoke. In order to get a "balanced report".

[…] How to Cover Nudists the Wrong Way Here’s another plea on Matthew McDermott’s blog for mainstream journalists to write intelligently about naturism. I’ve already cited here an earlier article by Matthew about this. Any naturist who interacts with journalists needs to understand the biases and habits that journalists bring with them. At the end of the new article are four key suggestions that naturists and their clubs should keep firmly in mind. […]

It ain't easy being nude. I am fortunate to be able to find a niche in ordinary life where people really aren't bothered by it. I remembered being interviewed by a radio reporter at the Bare to Breakers (I decline to call them a journalist.) who kept asking me over why there were so many more men participating nude than women. No answer I gave would satisfy. There are lots of reasons why women are less likely to be nudists than men and even more reasons why they won't take the risk. None of them was being listened too. The… Read more »

Hello to all my Nude friends Doug the Nudest here my beautiful girlfriend Suzy the gourious Redhead Nudest and I love being Nudists.i have been a Nudest for 45 years but she just became a Nudest this year I have been trying for a few years to get her to go and this year she finally got brave enough to go now we go every weekend she even forgot that she didn't have any clothes on

Glad to see you've both adopted the nudist philosophy! 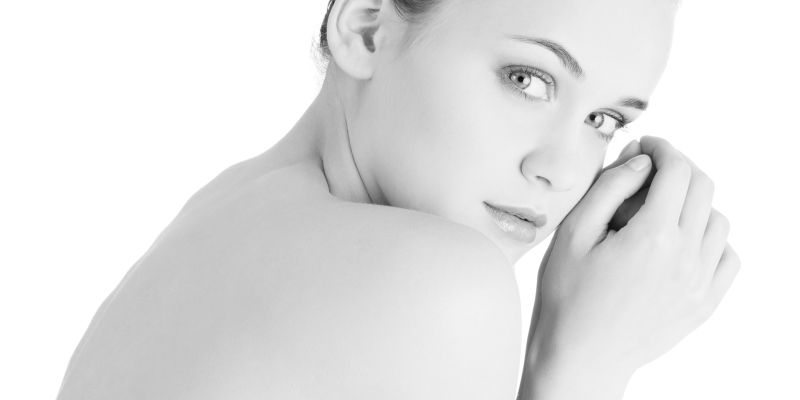