Below you’ll find the conclusion of my interview with NV (see here if you missed the first part).

Be sure to follow @NaturistVintage on Twitter if you don’t already. And before we get to the rest of the interview, I’d like to express my deepest, most humble thanks to NV for the fascinating history, information, and perspective. I’m sure we’ll talk again soon!

Although vintage nudist magazines usually show real nudists and not models, they did often depict younger, athletic women (mostly) and men. They seemed to be looking to gain interest through titillation. Would you agree? Do you think there’s a place for this today, or does it diminish nudism’s profile and turn it into just another sort of (very mild) pornography?

Without a doubt. An unfortunate dichotomy of the early nudist movement was that while its primary tenet was non-sexual social nudity, it was essentially underwritten by the publishing business. The sale of the “official organ”—the specific publications to which that title was granted would change hands a few times—helped fund the early American Sunbathing Association and enlist new members, but a sizable market for these magazines (and the photography within their covers) was the textile public; quite naturally, men. In those days you couldn’t go pickup the latest Penthouse at the local liquor store. Obscenity laws forbade the sale of nude photography. A legally sold nudist magazine was the closest they could get.

And the magazines certainly knew this.

Of course, nudists would absolutely read and contribute to these magazines too, which in a pre-internet era were the primary way for nudists to connect and communicate with each other. The early ASA was run by a man named Ilsley “Uncle Danny” Boone, and he also owned the publishing company that produced Sunshine & Health Magazine.

Uncle Danny fought some major battles on behalf of nudism and his magazine, which was censored from delivery by the US Postal Service on multiple occasions. He sued the USPS and spent almost 20 years fighting this censorship in the courts, eventually taking the matter to the Supreme Court. With the argument that nudity is not inherently obscene, he ultimately won the right to publish his magazine. Due to this judgement, it became legal to publish nude photos if they were associated with nudism.

In my opinion, these magazines (and books, films, etc.) enhanced the profile of nudism, which experienced its “golden age” in the 1960s. They also did inexorable harm to nudism’s reputation as a wholesome, clean way of living.

There’s not much of a market for magazines in general these days, let alone nudist publications that are pornographic. Of course, a simple search of the hashtag #nudism on Twitter or Instagram will turn up hundreds of exhibitionists and pornographers incorrectly claiming that label. Some true nudist publications do still exist. The Bulletin, which is the AANR member magazine (and has been in existence in some form or another for over 70 years) or N Magazine by The Naturist Society, are truly by nudists, for nudists. There’s nothing in those magazines that you could call pornographic.

To counter-balance that image, I think it’s all the more important for people to be exposed to non-sexual nudity (pun intended). Being nude around other people and seeing other people nude, with all their beautiful imperfections, can demystify the body, which so often gets objectified in our culture.

What do you think these vintage magazines tell us about nudism? What lessons do you think we can draw from them today?

Surprisingly, one thing that amazes me about reading magazines from the 1930s, ’40s, and ’50s is how much of the debate around nudism has not changed in the years since. Some of the issues they dealt with, such as maintaining a gender balance, or managing the understanding of non-nudists, are still in many ways the same.

However, there were also many hardships people in that time dealt with, and it’s important to remember those. In the early days, camps being raided by police and nudists arrested en masse was not uncommon. Nudism was criminalized much more. In many ways, those nudists had to really fight and sacrifice to pave the way for the leisurely poolside nudism we often take for granted today.

There was also a very fascinating optimism that these early nudists felt about their cause that I love. I’ve seen multiple articles that predicted a world in which everyone went nude all the time in public. Looking at this from the year 2020, that concept is downright hilarious. Of course, we don’t live in the same world they lived in then. They witnessed a wonderful growth in nudism during a general period of boom in America. There was a real romanticism in how nudism brought people together in the early part of the 20th century. The leisure-class lifestyle was brought about in part by the automobile and the highway system, both of which were still novel in the 1940s. They didn’t have air travel like we do today. Nudism today, it sadly seems, is in a comparative decline. What was once a legitimate social movement is now basically considered a recreation.

What’s in store for the NaturistVintage twitter account? What’s coming up, and what are your long-term goals?

This whole Twitter project is still new. The account has quickly gained over 5,000 followers in just three months. I have a lot of topics I’d like to explore with it.

My primary goal with the Twitter account was to locate an audience for this history. My hope is that it appeals to textiles as well as nudists. There are so many great stories to tell from this history that are relevant to life today. I would love to make converts for nudism, but even more I’d simply like to give people an understanding of the appeal of nudism and the importance of its history, even if they never have a desire to try it for themselves.

Long term, my goal is to make a documentary film. I’ve been a filmmaker for 17 years. It was from a desire to make a film that I first set out to research my family history, and it’s through this research that I’ve come to learn about how important this history is, and how in danger of being lost it is without storytellers to bring it to the world.

My intention with the Twitter account was to find people out there who are interested in this history, and have a direct line of communication to this potential audience. What I didn’t really expect was that I’d actually find a community of people with whom to share in the joy of nudism and its history.

What did you think? What would you ask NV if you could? Do you think vintage nudist materials remain important to nudists today? Do you have any yourself? Please share your thoughts in the comments!

Magazines from the 50’-60’s is how I learned about nudism. The Internet, while somewhat “helpful”, has done more damage than good as explained in the interview.

History was my favorite subject in school. As a nudist, love vintage nudism and learning more of its history. Thanks!

The second part of my interview with @NaturistVintage is now up! Thanks again to NV for some fascinating work on #nudist history, and a wonderful interview. https://www.writenude.com/preserving-nudist-history-an-interview-with-naturistvintage-part-two/

[…] The second part of my interview with @NaturistVintage is now up! Thanks again to NV for some fascinating work on #nudist history, and a wonderful interview. https://www.writenude.com/preserving-nudist-history-an-interview-with-naturistvintage-part-two/ … […]

Again, thank you for your efforts in preserving the history of nudism. Much appreciated. Keep up the great work.xx 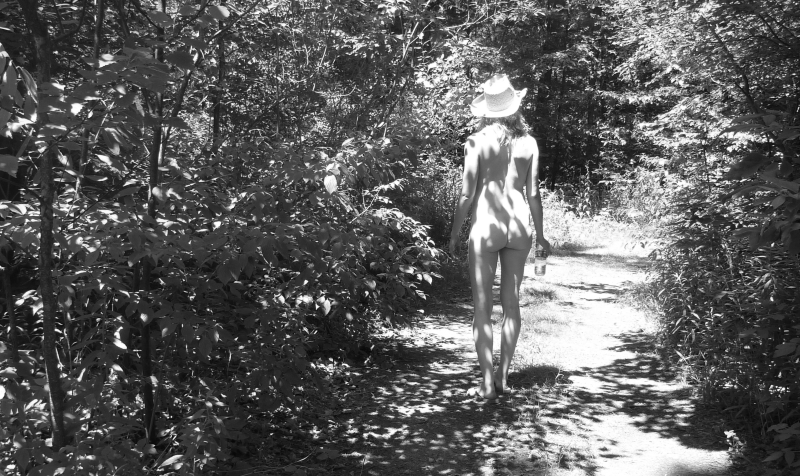 You can start to be a nudist today 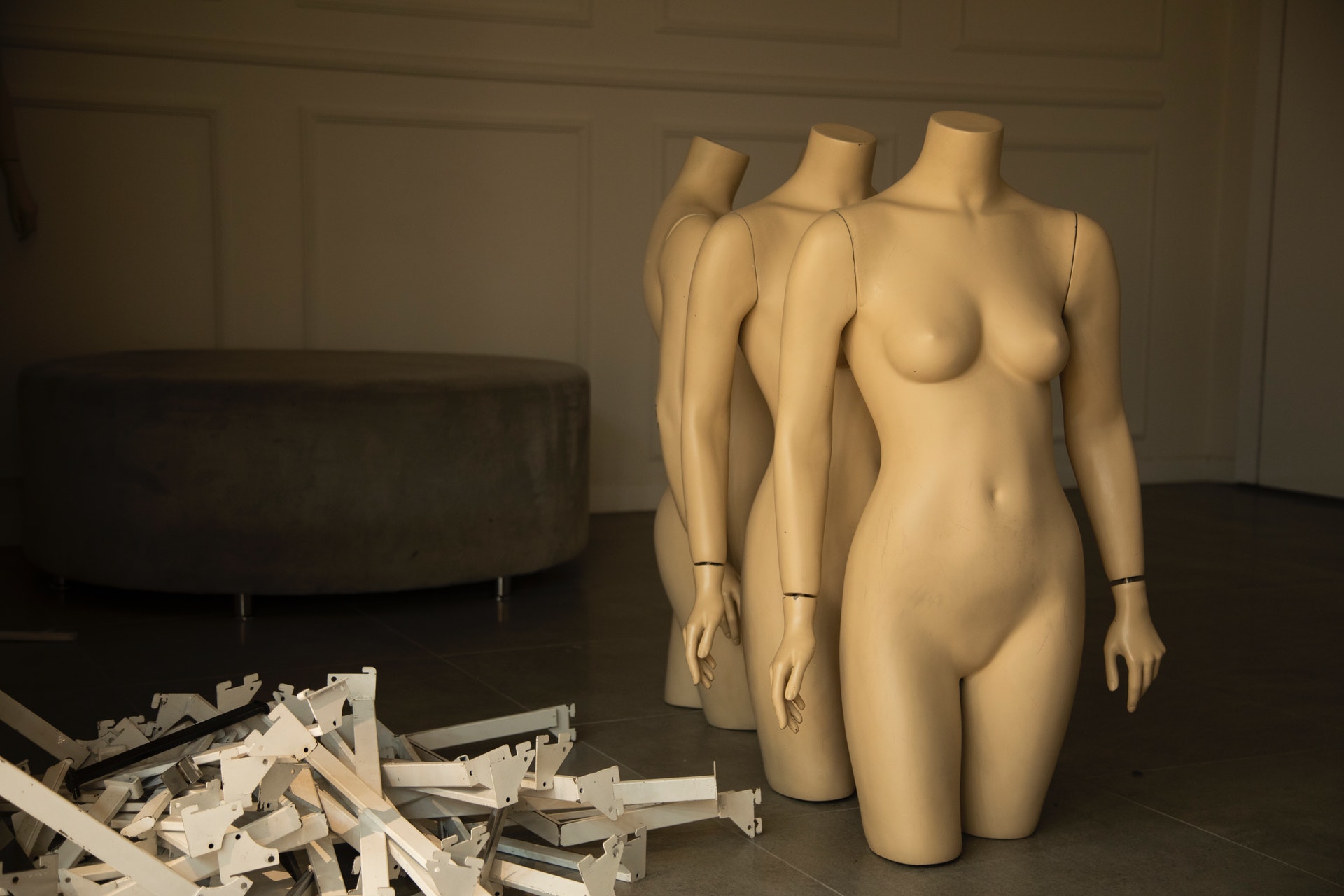 Should websites for nudists include photos?