Let’s Get Naked for Halloween

Halloween is coming! For those who like to dress up, it’s a fun time to put on some crazy costumes. During this holiday, nudists are sometimes depicted in rather funny ways; some people wear strategically positioned cardboard with pixellated “flesh” on it to cover up what would otherwise be nude flesh. And a shirt with “nudist on strike” is not uncommon (which makes you wonder how much they thought that one through…)

But it’s a bit difficult for nudists, who, well, don’t really like to dress up. What can a nudist do for Halloween? Here are some options. 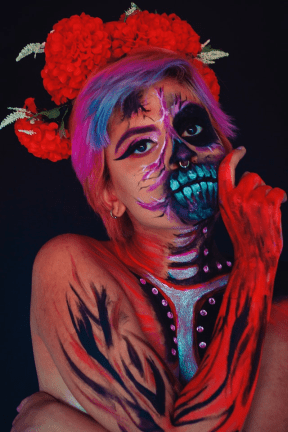 One of the most common costume choices for nudists is body paint. It’s fun and eye-catching, it comes in every possible size, and it lets the wearer be both covered up and revealed at the same time. Animal colourings and superhero costumes are very common, for example.

The wonderful thing about body paint is that it works as a costume even if it isn’t anything in particular. Paint on some flowers, or a geometric pattern, or even a set of clothes. Don’t worry about how accurate it is - a bit of colour goes a long way!

Some nudists take the approach that a few significant features get the idea of the costume across; it doesn’t matter that the rest is just a nude person. A leather vest and a cowboy hat makes you an old west sheriff, for example. A cap and a Louisville Slugger; gossamer wings and a wand; there are endless minimalist costumes. If you wore them to any other venue, you’d be a nude baseball player or a nude fairy; when you’re among nudists, though, the nudity is unremarkable, and the costumes are fine.

Despite the negative view that many have towards nudism in mainstream society, there are actually a few possibilities in popular culture that you could consider using as a costume. There’s the reality show Naked and Afraid, for example. They blur out the actual nudity, of course, but you can hold a walking stick and a roughly-constructed canvas bag and get the general idea across.

You can look to myth for other possibilities too: Lady Godiva and many Greek gods are commonly depicted nude. Mermaids are at least partially nude - the parts that aren’t covered in fish scales, anyhow. Usually it only takes a few small markers to indicate what character you represent; the nudity takes the costume the rest of the way.

A Bit of Imagination

There really isn’t much to a nudist Halloween costume. In the end, you’re just trying to be someone you’re not, while still being who you are. Like almost everything else about nudism, it’s far more simple than it seems… it just takes a bit of imagination and a sense of fun. Enjoy your nude Halloween party!

Have you ever been to a nudist Halloween party? What was your costume? If you had a party coming up this month, what would you be? 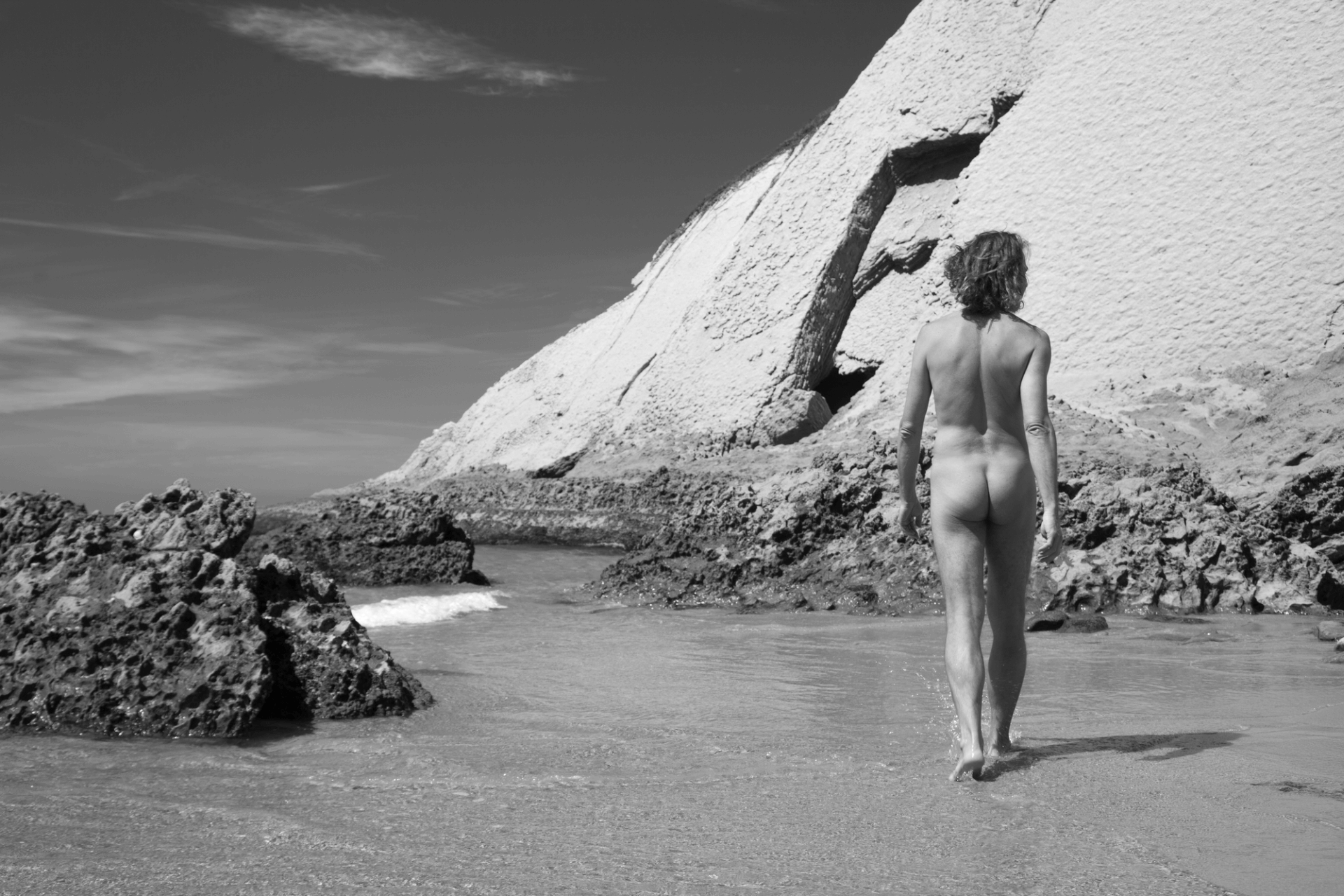 Why should you join a nudist organization? 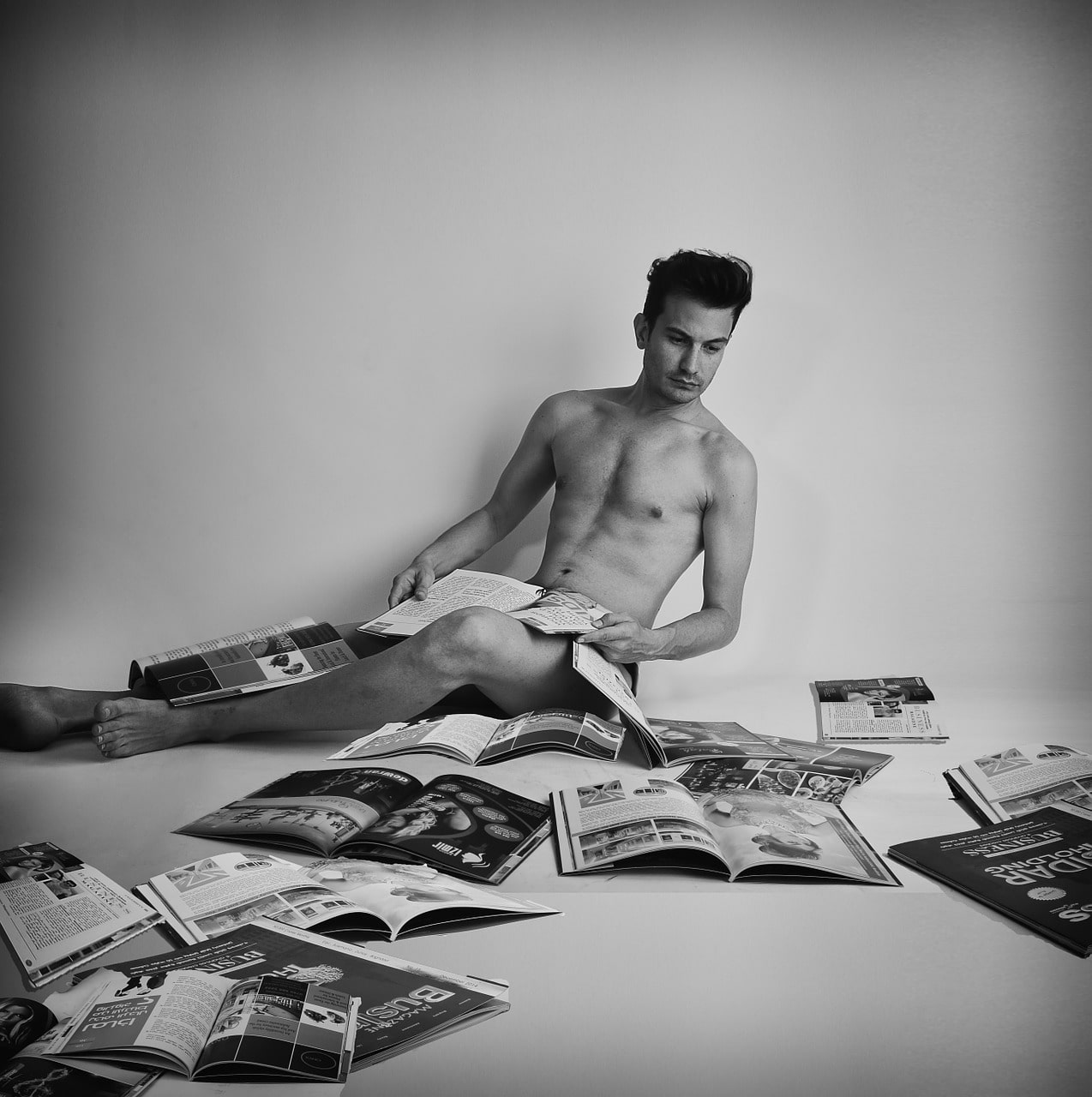